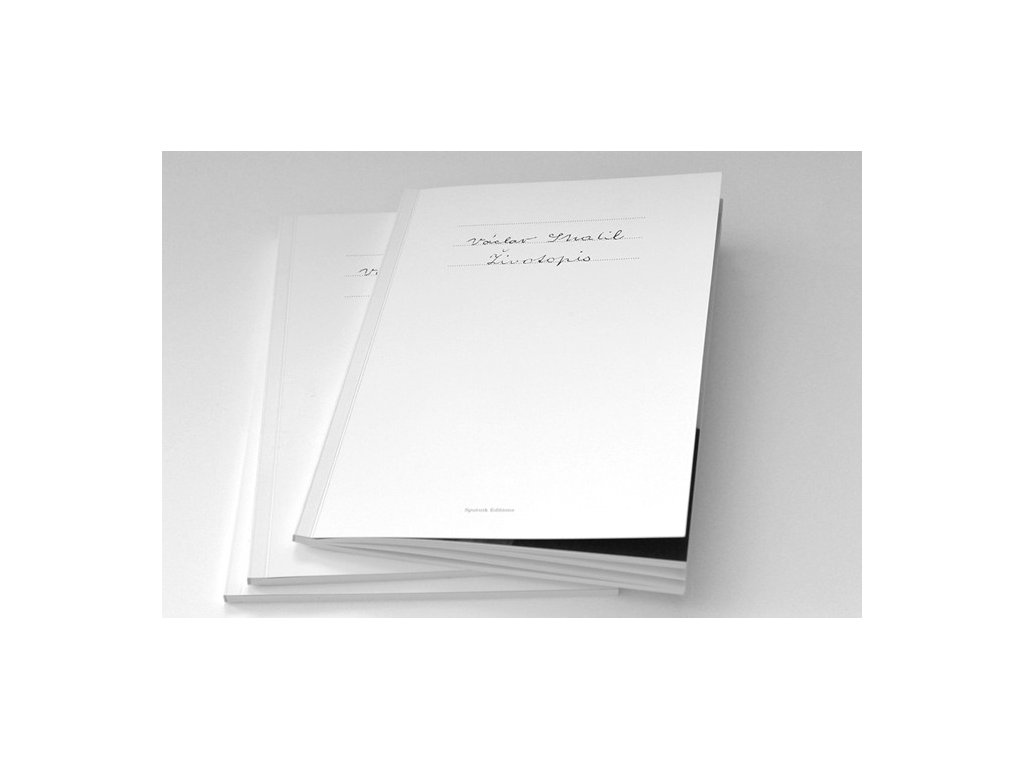 Biography (Životopis) is Václav Stratil`s return to the larger literary units. Completed at the beginning of this year, it follows in the footsteps of his lecture Personal yes, in which Stratil tried to formulate his current artistic credo. In connection with the two new files we can also look back further to the past – to Patient`s texts – a collection of notes dating back to the early 90`s. As a literary piece they accompanied a series of studio photo performances Religious patient and constitute a central written output outlining particular stages of his artistic practice. They also belong among the most outstanding texts written by Czech artists in that period. Biography features his emphasis on Christian spirituality. However, while the older texts are more of a form of a maniacal sermon in which religious bends under the strain of the pressurizing unconscious, Biography is quietly flowing poetic discourse reflecting his inner love of God. Stratil himself calls it his "genetic biography". By means of these notes he traces his own incarnation and creates a legend of inherited talent for painting and spirituality. With reference to his artwork it is also another expression of his lifelong contemplation of his self and its versatility. It was already in the seventies of the last century when Stratil (* 1950) created the first of his many fictional identities. Throughout the 90`s he elaborated his approach into a turbulent post-modern, visual travesty. The most significant artistic expression of this approach is reflected in the series of self-portraits realized in the medium of photography and painting. These are the foundations of Stratil`s artistic approach up to date. Since his return to painting in 2003 we have been increasingly confronted with the lyrical and sentimental content and references to his own artistic (and personal) history. Free synthesis of styles, overlapping of different genres constantly affect also Stratil`s current concept of personal otherness. All this is perceived by the author as elements of his inner potential (and one could say a potential of any other individual) which when developed further serves as a tool for exploration of countless facets of his own personality. It is also these aspects of Stratil`s personality and artistic practice, which can be found reflected in the new autobiography. This book is issued on the occasion of Stratil`s second solo exhibition in Slovakia. His first exhibition in this country was realized twenty-six years ago in Bratislava in a social house Trnávka. It is shocking that though being a respected personality in the Czech context, he had to wait a quarter of a century to have another show in Slovakia. Therefore, it is this fact that inspired us to complete this publication with "excerpts" from Stratil`s another, still "unfinished biography “ -a selection of self-portraits, which have permeated through his vast artistic creation for forty years.