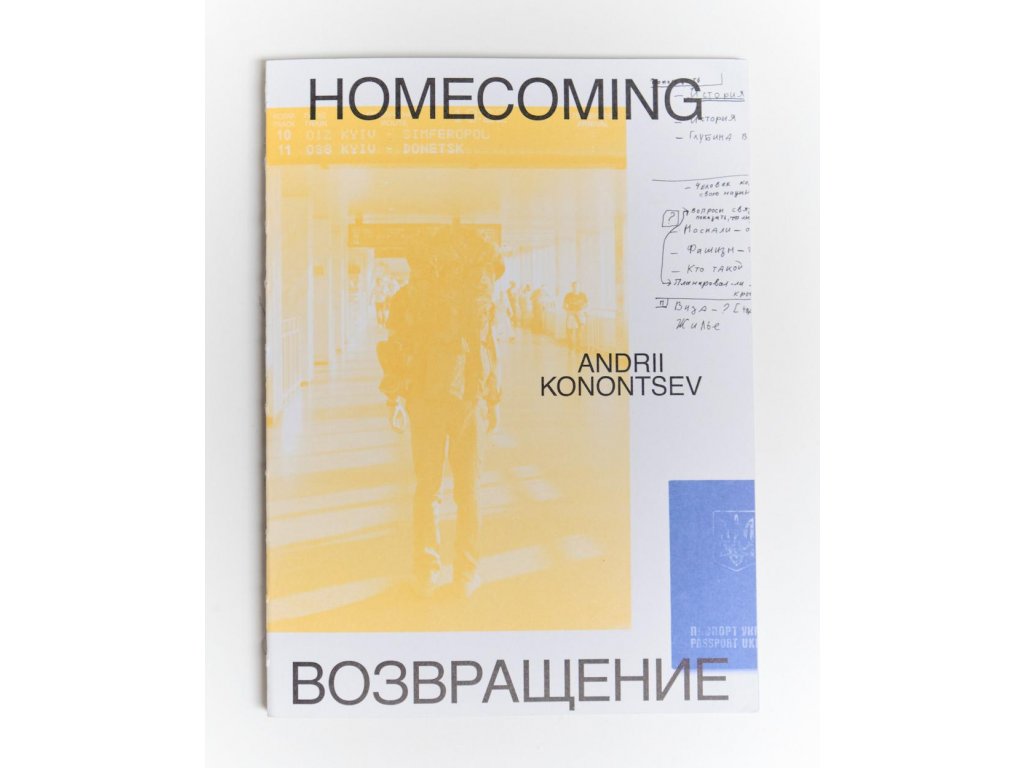 Andrii used to go home every year in the same way, but the last journey was different. When he was leaving Sevastopol in January 2014, he couldn´t even imagine, that it was the last time he was leaving Crimea belonging to Ukraine. On his return in July 2014, his home was already in Russia. Everything changed – people, attitude, atmosphere.

The book is Andrii´s reflection on dramatic incidents in Ukraine and his native Crimea peninsula. He works with a conceptual approach with various features such as diptychs, objects, quotations or notes, and symbolically takes a journey between Ukraine and Crimea. Therefore he offers a unique view of a local of “Crimean blood” who has, simultaneously, a certain distance and life experience in a “Western” kind of European country. Although Konontsev is ethnically Russian, respectively Ukrainian Russian, he doesn´t second either side of the conflict and avoids simple answers and judgements.