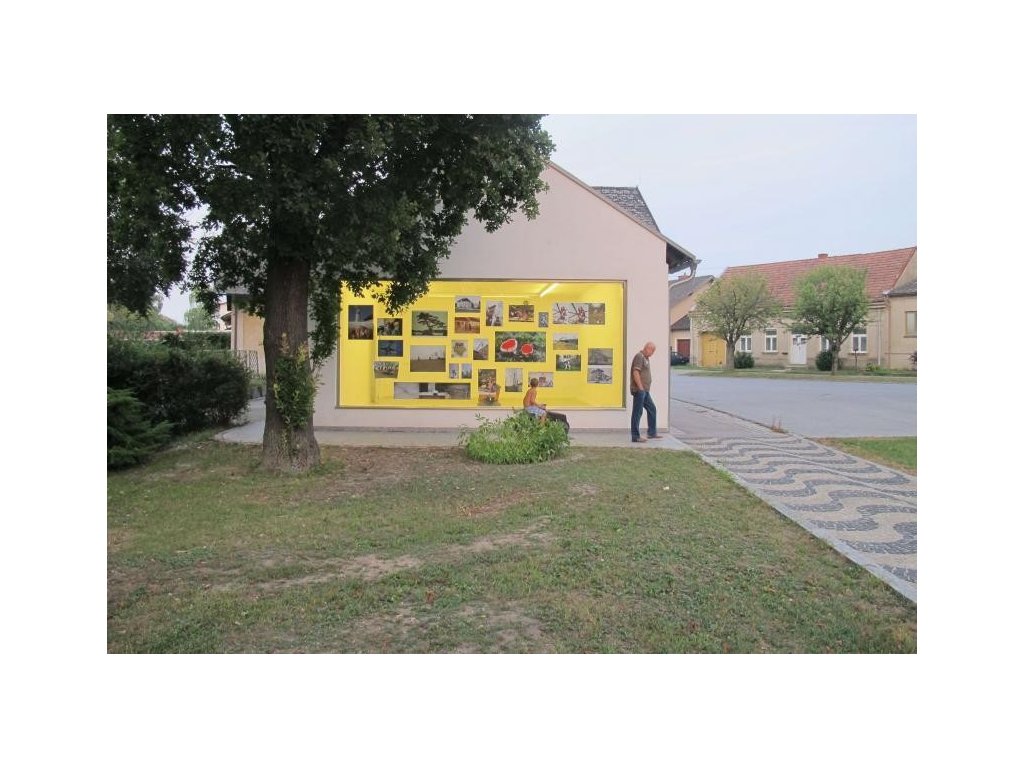 I am gazing into an empty white space through a large glass window, in which I can make out a reflection of a housing development. The old fire station, in front of which I'm standing, is strategically located by the main road in the center of a town in Lower Austria, Weikendorf. Despite the photogenic quality of the reflection in the window, I decided to shoot the view from inside the gallery, from the spot where the photograph will later be placed. Since the gallery is mostly closed, the view from within it is very unique, which makes it even more exclusive and I get to satisfy my curiosity. The photograph will simply be taken from the where where it will later be exhibited. The architectural disposition, the place from where the photograph will be taken and the window, acting as the frame, all determine the range of the view depicted in the shot. The photograph indicates the place of its origin - the interior of the gallery - and in a way it will make it accessible to the spectator. The depiction of a rather dull scene becomes an artwork due to its white cube setting but also because of the medium, an analogue black & white photograph. In photography the black & white aspect is aesthetically more pleasing and in a simplified cinematic culture it is a representation of the past. Thus this image, essentially devoid of any esthetics, evokes a sense of an almost classical genre because of the siting and the choice of medium... Petra Feriancova works in the intentions of post-production. The key moment of her work is the conceptualisation of her own emotional reactions to the processes of perception and memory as well as examination of the conditions of their sharing. She works mostly with already made pictures, texts, archives which she interprets and methodically interchanges. The main aim of the manipulation with a reference, pictorial or discursive, is to provide a spectator with the original affective reaction to it.