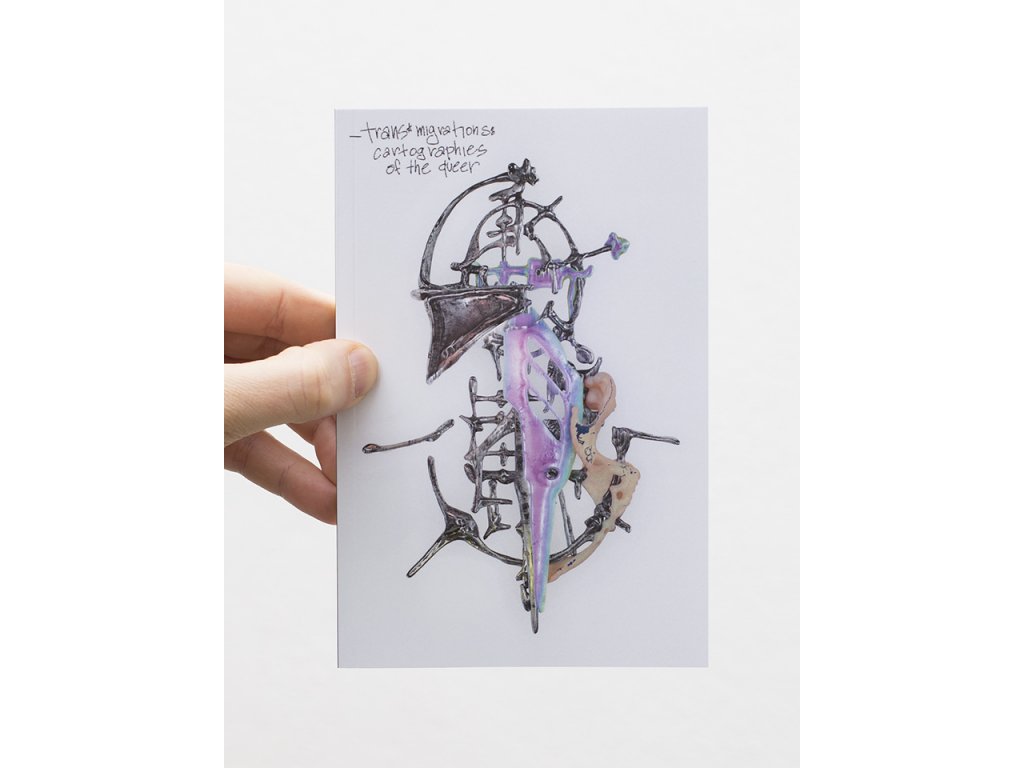 This collection of essays published by Litteraria Pragensia Books attempts to move across the fraught landscape of contemporary identity politics in order to develop the notion of trans* as a general syntactical logic for extrapolation, speculation, and becoming. The collection's conceit follows Susan Stryker in considering the asterisk of 'trans*' as a "wildcard operator" which has the potential to move its nominative beyond the categories of transsexual, transvestite, transgender... in favor of a cumulative drift of alienation for which gender, sex, or social marking are but a temporary vector.

Trans* is here posited as an operator for exploding the disciplinary grid of conservatism and immutability, a point where quantitative queering pushes through a qualitative shift - the point when it "comes across". trans*migrations asks in what ways such emancipatory potentialities might be circumscribed by the infrastructural, architectural and institutional logics of contemporary society and its capital. It is from this ground that the collection attempts to reach strange shores by analyzing and erecting discursive and distributed platforms for exit, displacement, abduction, alienation, and autonomy.