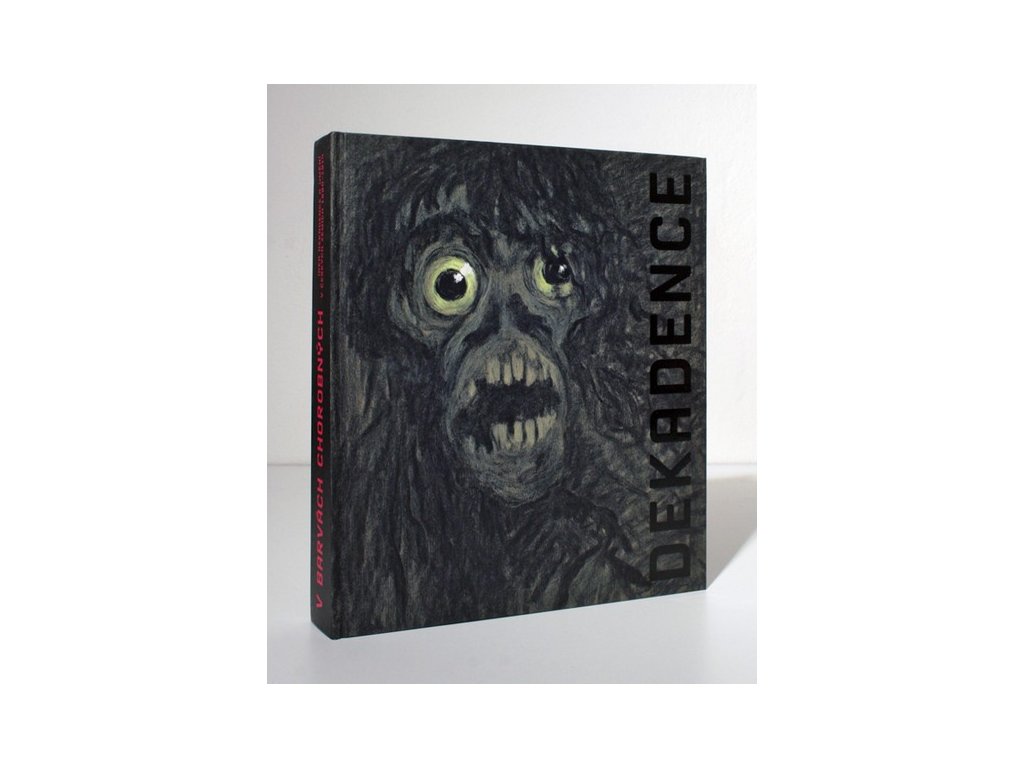 The monograph Decadence – In Morbid Colours, published in conjunction with the exhibition by the same name held at the Municipal House, presents for the first time – even in Europe – the specific part of the art scene at the turn of the century influenced by the idea of decadence. Authors covered include: Max Pirner, Hanuš Schwaiger, Beneš Knüpfer, Jakub Schikaneder, František Bílek, Karel Hlaváček, Max Švabinský, Alfons Mucha, Jan Preisler, František Kaván, František Kobliha, Jan Zrzavý, Josef Váchal and many more. The phenomenon of decadence is interpreted by three critics: Daniel Vojtěch from a philosophical and historical point of view; Luboš Merhaut from a literary point of view; and the editor of the book, Otto M. Urban, from the point of view of art history. The illustration section is divided into 4 subsections: Gloomy, Debauched, Morose; The Demon Love; Satanic Hallucinations and Purgatory of Death. These sections are interspersed with many quotations and poems.

The book was awarded the first prize in the competition “The Most Beautiful Book of 2006”, organized by the Czech Ministry of Culture and the Czech Museum of Literature.