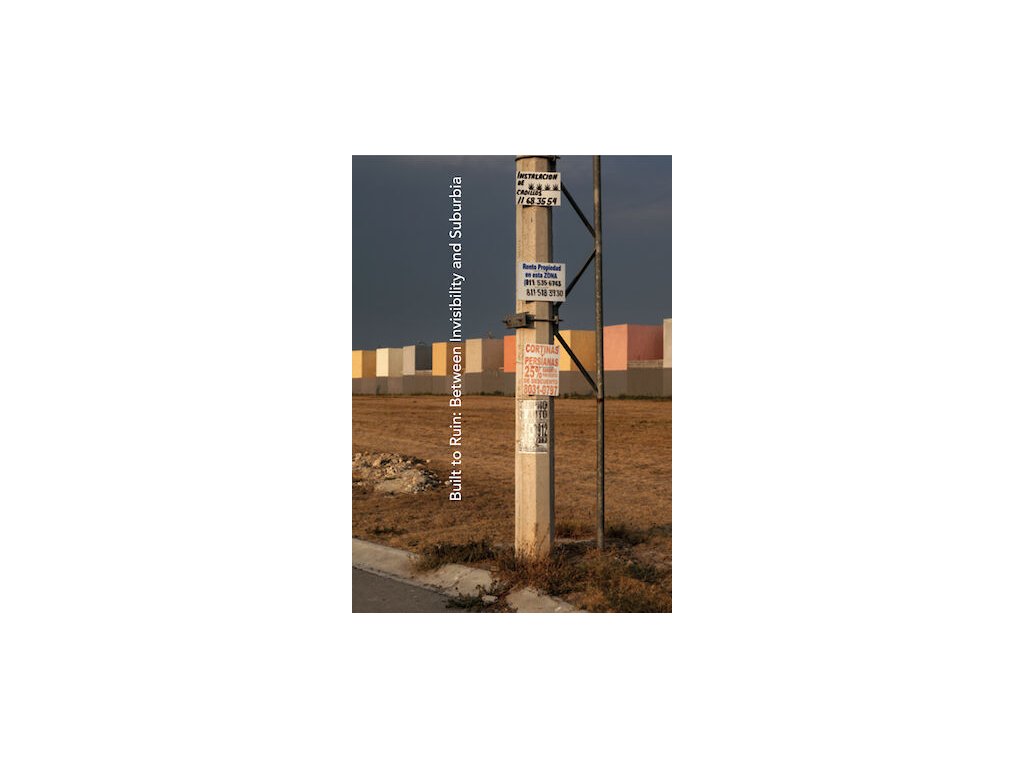 Alejandro Cartagena’s photographs of recently built Mexican suburbs, ask us to look at this phenomenon of the suburban environs and how it has fueled variously the need for solutions to overcrowded cities, or the desire to form and incorporate community living where replication and anonymity are the rule rather than the exception.

Whether a phenomenon of globalization, where construction materials such as lumber, steel or glass are sourced from elsewhere, specialized labour often imported, and potential buyers from an economic class that qualifies for variable interest rates over loan periods of twenty-five or thirty years, the so-called housing market is as much an economic barometer as it is a social arbiter of the vernacular world. Viewing these images is not to experi­ence them in any profound, lived way, but instead, to see how through the lens of a discerning photographer, we can construct and project a mythology of place.

Our interpretive tools are often the ones that we share with fiction or film, to think of Tim Conley’s essay, from episodic narratives, picaresque vignettes to cinematic spectacle. Cartagena’s camera captures recently minted versions of suburban row housing in the heat of the Mexican sun and the strong tenebrism it produces in the form form of shadowed lines as well as renditions of nocturnes illuminated by the grid of slender streetlights that carry us to the empty, interstitial or vacant spaces yet to be furbished, with their own legions of small, affordable one or two-bedroom townhouses. The planar, utilitarian geometric shapes of box housing suggest an economy of scale that is as familiar to us in North America as it is to communities throughout the Western world, including Mexico.

The legends Nicholas Hauck has composed to accompany Cartagena’s photographs add poetic poignancy to the suburban fabric of vernacular modernism.