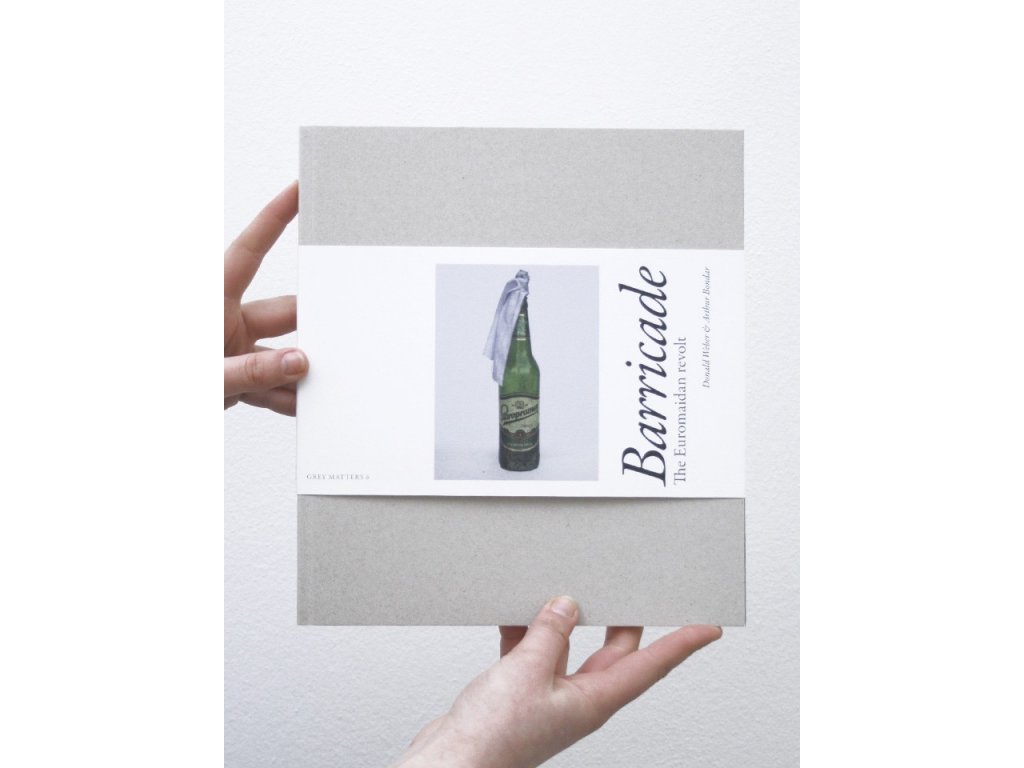 "Goat Swamp" (Ukr.: Kozyne Boloto) is the original name of the area in central Kyiv where Maidan Nezalezhnosti, or Independence Square, found itself the current epicenter of global tensions. Unlike sheep, goats do what they want and command special attention in folklore for their pugnacious and fertile abandonment to freedom.

So it is with the creative accoutrements of these anonymous street fighters, their homemade uniforms, molotovs, trophies, and tire barricades - the smoking language of the Revolt's siege apparatus, as photographed by Donald Weber and Arthur Bondar. The two worked independently to bring a dual perspective to the orchestrated chaos of a deadly street theatre.

Weber focuses on cataloging the expressive impulses behind the protesters' stoic dissimilitude and the almost holy rapture of their public self-assertion. Bondar explores redaction and heavy censorship, using inkblots to deny and assert the truth of visual interpretations. The final barricade lies in the political language of representation itself.

Ukraine's absolute polarities of past and future, its utter blackness and transcendent light, are the deeper themes of their interpretation. Barricade is a high-risk collaboration with the hundreds of brave men and women whose unquenchable thirst for change fuels hope for a new generation.