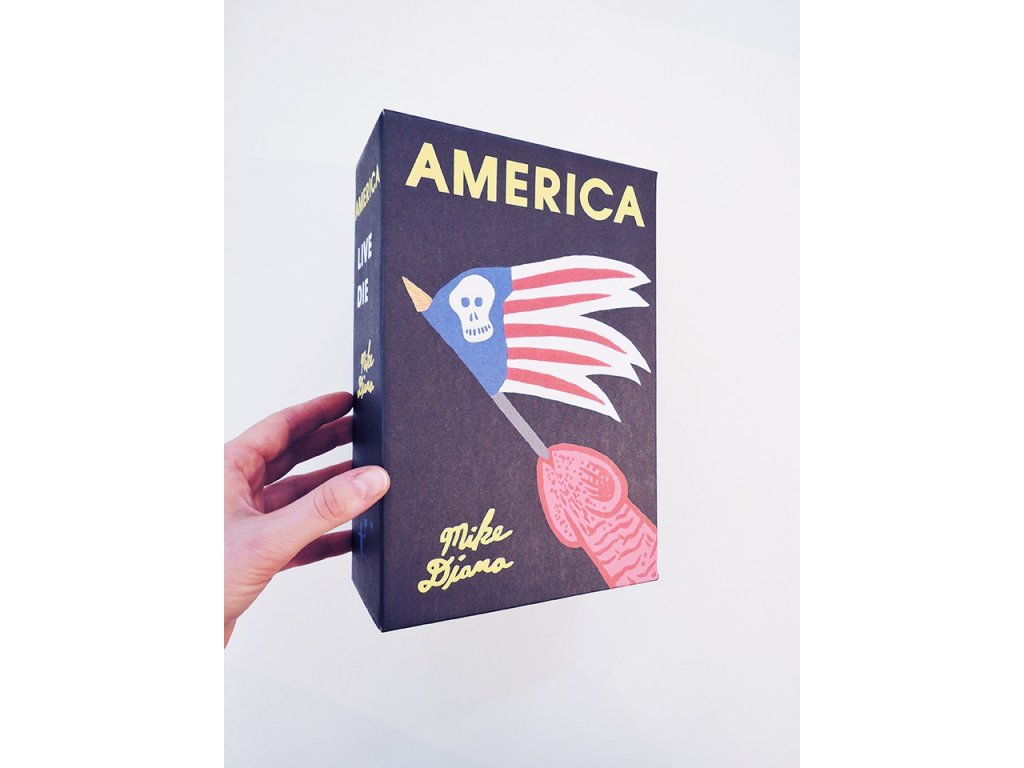 Mike Diana (born 1969) became known in the early 1990s for scary, childlike drawings that he published in his Boiled Angel magazine. Over the past two decades, this body of work has grown to epic proportions, as Diana refines and expands his vision of a culture overloaded on greed and violence. This handsome box set consists of two volumes, Live and Die--the first of which compiles several comic-book sequences, while the second gathers paintings and drawings. "Art should afflict the comfortable and disturb the complacent, and Mike Diana‘s work does that in spades," says Neil Gaiman. "He‘s been arrested for his art, he‘s been sentenced for his art, and a local police force was even charged to make 24-hour random raids and spot-checks on Mike‘s living space, to make sure he wasn‘t committing art in secret. Now you can find out what all the fuss was about."