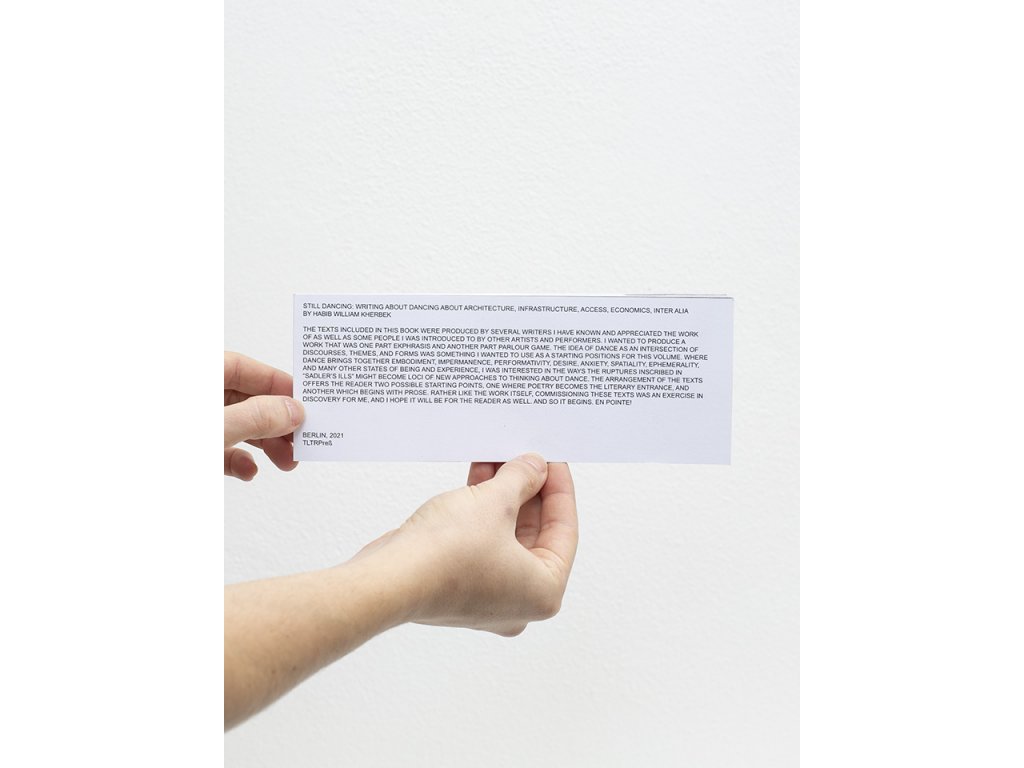 The texts included in this book were produced by several writers I have known and appreciated the work of as well as some people I was introduced to by other artists and performers. I wanted to produce a work that was one part ekphrasis and another part parlour game. The idea of dance as an intersection of discourses, themes, and forms was something I wanted to use as a starting positions for this volume. Where dance brings together embodiment, impermanence, performativity, desire, anxiety, spatiality, ephemerality, and many other states of being and experience, I was interested in the ways the ruptures inscribed in “sadler’s ills” might become loci of new approaches to thinking about dance. The arrangement of the texts offers the reader two possible starting points, one where poetry becomes the literary entrance, and another which begins with prose. Rather like the work itself, commissioning these texts was an exercise in discovery for me, and I hope it will be for the reader as well. And so it begins. En pointe!
— Habib William Kherbek