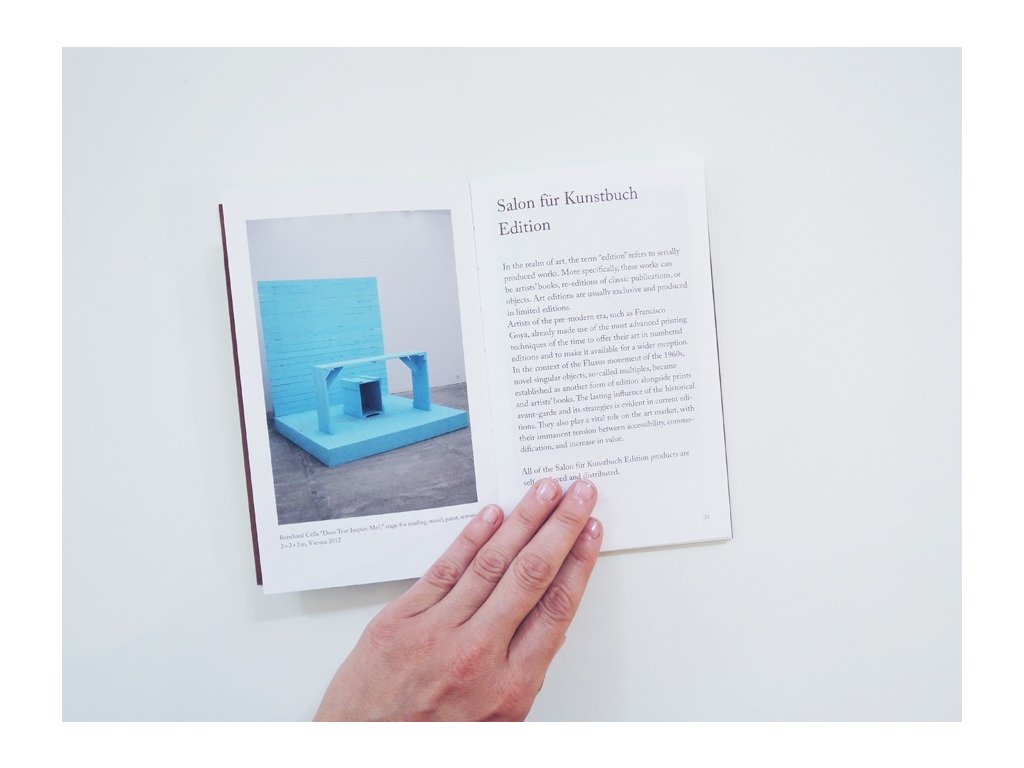 This catalogue is published to accompany the process-based installation "Salon für Kunstbuch" by Bernhard Cella on the occasion of the fifth anniversary of the 21er Haus - Museum for Contemporary Art, Vienna. 00?This salon is an art space on two accounts, a communication system and a dramaturgy, that does not only focus on the production and distribution of art works. Right from the start this place was set up as a model space on a 1:1 scale in which a relational game of its own between objects, people and art works could unfold.? (Bernhard Cella)0Salon für Kunstbuch at the 21er Haus - Museum of Contemporary Art is the world?s first museum shop to double up as an artistic intervention. Venturing into commercial terrain, artist Bernhard Cella uses service and entrepreneurship as the foundation for his own artistic work. Cella has amassed an overview of Austrian art publications from the last two years.0Lectures, book presentations, and theatrical performances are also regularly held at the Salon für Kunstbuch. At these events, which are equally important to the aesthetic form, Cella probes the relationships within current art production and creates a space for social discourse.