Of Other Spaces / Where Does Gesture Become Event? – Sophia Yadong Hao (ed.) 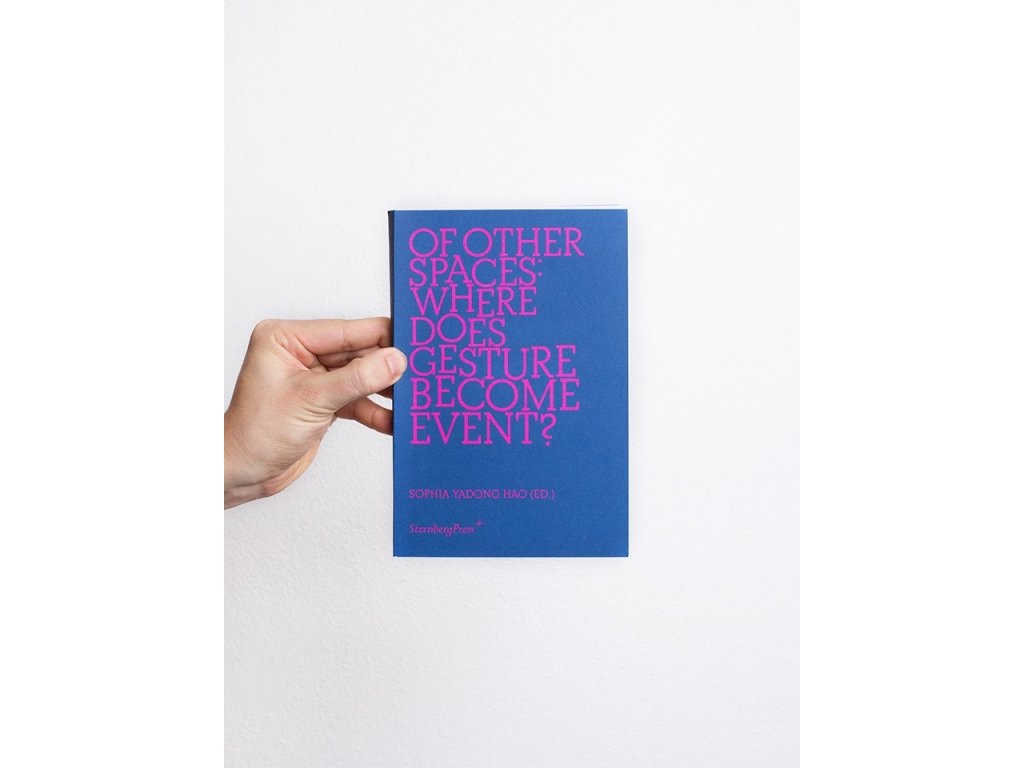 Resonating with the ethos of open dialogue and the experimentation of women artists’ collectives in the 1970s and 1980s, Of Other Spaces: Where Does Gesture Become Event? constructs a dynamic, open, and collaborative arena that foregrounds practices of resistance, collectivity, and self-organization. Highlighting the inherent seditiousness that animates feminist thinking, the book seeks out the lodestone of a volatile politics that calls for and instigates urgent alternatives to the cultural, political, and economic machineries of power that haunt this world. Contributors include seminal women thinkers, writers, and artists.