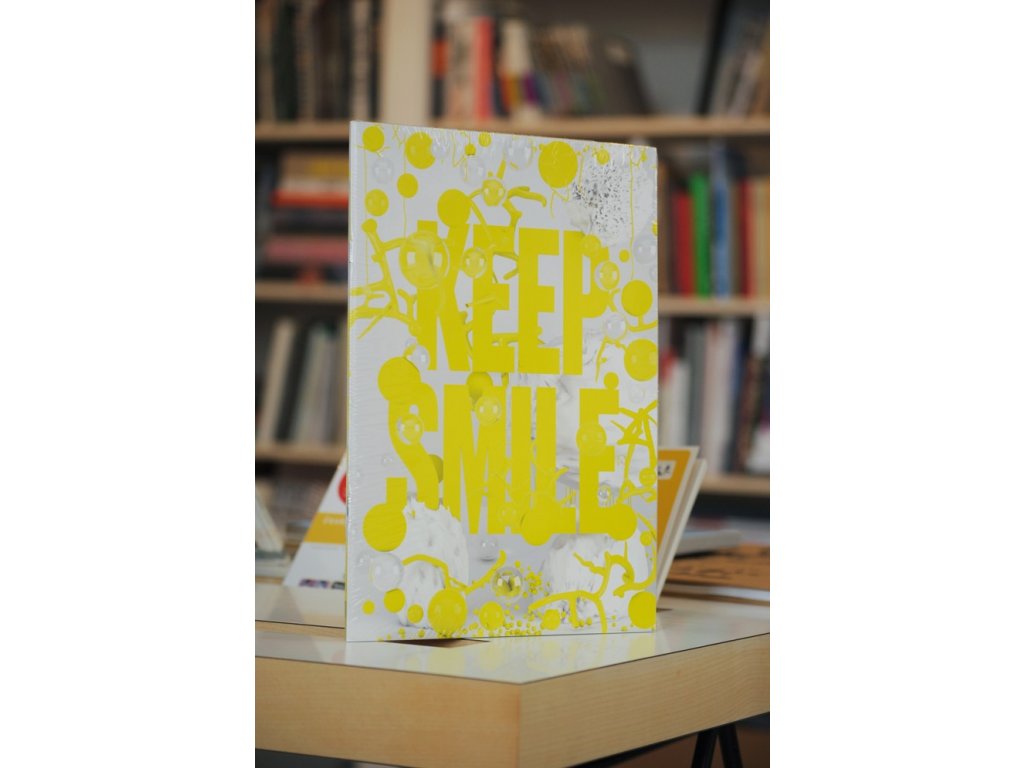 Anti-sentimental contextual graphic design during Art Residency at Banska St a nica Contemporary, SK. By 54m2 large post-digital painting accompanied with 9 posters we reterritorialized train station into a shrine of The God of the Internet.

Keep Smile is a permanent monument to the heroic labour of young generation which gathered together under the leadership of the God of the Internet, the loyal son of neoliberal capitalism. The 17.5 GB of data were created during a single hour by American corporate software, programmed by Indian programmers and actively facilitated by Chinese hardware.

We entered town of Banská Štiavnica in a time when comrades have become citizens, and citizens have become users. Armed with a programmatic distrust of nostalgia, we redefined our role in that particular place.

On the basis of our discussion with curators we formulated a goal: conversion to happiness. We accepted the role of a therapist – spirituality became out tool. We transformed train station hall into a shrine of The God of the Internet. We created an unambiguous surface with simple iconography facilitating sharing. Proposed spiritual scheme allows the visitor to accept the role of a ‘contemporary user’, liberated from sentiment, freed from melancholy and nostalgia.

We illustrate this post-digital catharsis in the rewriting – updating of the plaque text. The 1950s text, celebrating labour, is retold in today’s language within a contemporary ideological context. The space is dominated by a symmetrical composition, a paraphrase of wall painting. We subordinate the cult aesthetics to hyper-real existence. This we call Redemption.