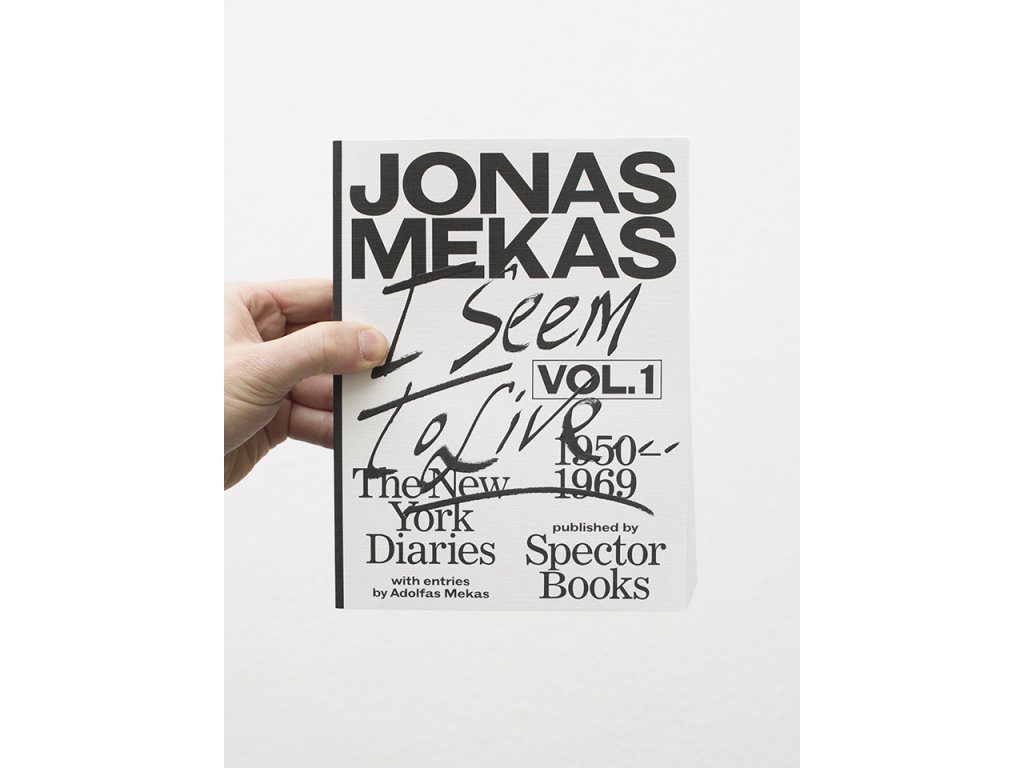 I Seem to Live. The New York Diaries, 1950–2011 is Jonas Mekas’s key literary work. The first volume of this magnum opus, covering the period from 1950-69, appears posthumously one year after his death. It stands on an equal footing with his cinematic oeuvre, which he initially developed together with his brother Adolfas after their arrival in New York. In 1954, the two brothers founded Film Culture magazine, and in 1958 Jonas began writing a weekly column for The Village Voice. It was in this period that his writing, films, and unflagging commitment to art began to establish him as a pioneer of American avant-garde cinema and the barometer of the New York art scene.

“Jonas Mekas was a force of nature – an untiring artistic energy field. He disregarded genres and broke all the rules, always favoring pure expression and experimentation over formulas and expectations. He was / is one of the most inspiring artists I’ve ever encountered – the poets’ version of a Kung Fu Master. Long live Jonas Mekas!” –Jim Jarmusch

"Given the scope of the material, one might certainly feel disoriented by the sheer magnitude of the thoughts, images, stories, correspondences, the weight of time is felt concretely here, whereas in Mekas’s filmic work, time is both deeply felt and yet escaped, danced around. … This collection is not just a survey of moments from a single life lived, but a work of dedicated portraiture of life itself." (Conor Williams, Interview Magazine)