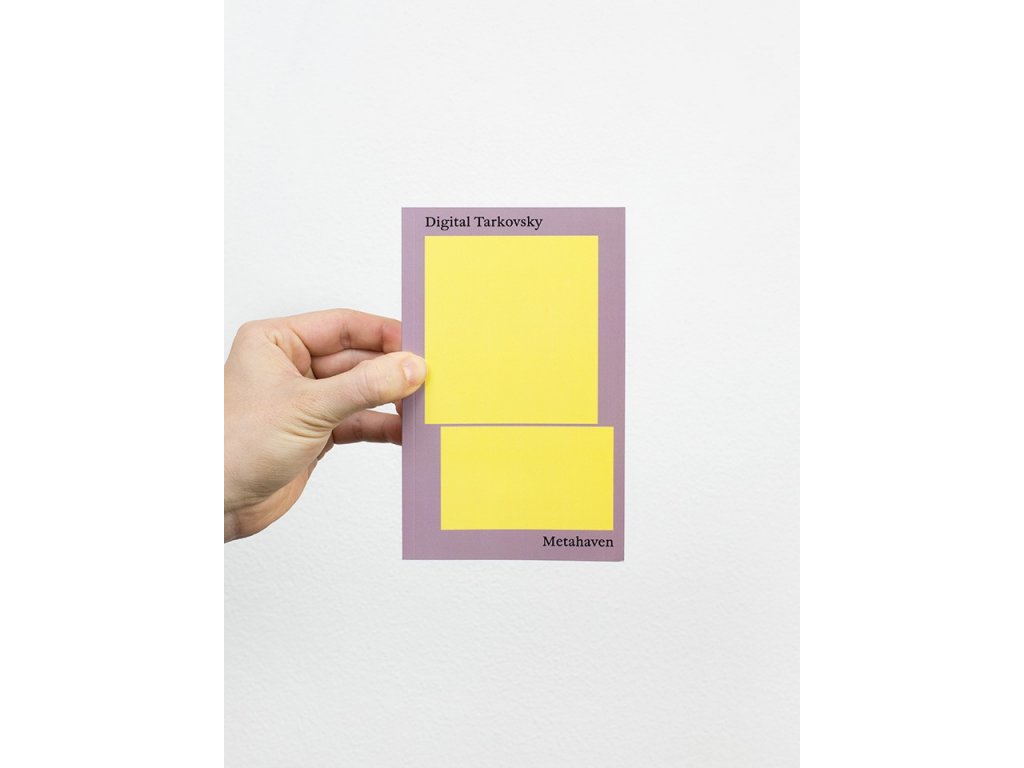 In the US, an adult on average spends two hours and 51 minutes on their smartphone every day. That is eight minutes longer than Andrei Tarkovsky’s film Stalker.

Digital Tarkovsky is an extended poetic exploration of how our experiences of visual entertainment and time itself are changing in the era of the smartphone and near-constant connection. The essay applies the ‘slow’ cinematic art of Andrei Tarkovsky to our interaction with the digital, visual reality of screens and interfaces. Digital Tarkovsky is a way of tracing what cinema, storytelling and time mean in our platform-based world.

The work of Metahaven consists of filmmaking, writing, design, and installations, and is united conceptually by interests in poetry, storytelling, digital superstructures, and propaganda. Films by Metahaven include The Sprawl (Propaganda about Propaganda) (2015), Information Skies (2016), Possessed (2018, with Rob Schröder), Hometown (2018) and Eurasia (Questions on Happiness) (2018). Publications include PSYOP (2018), Black Transparency (2015) and Uncorporate Identity (2010). Their work is screened, published, and exhibited worldwide.