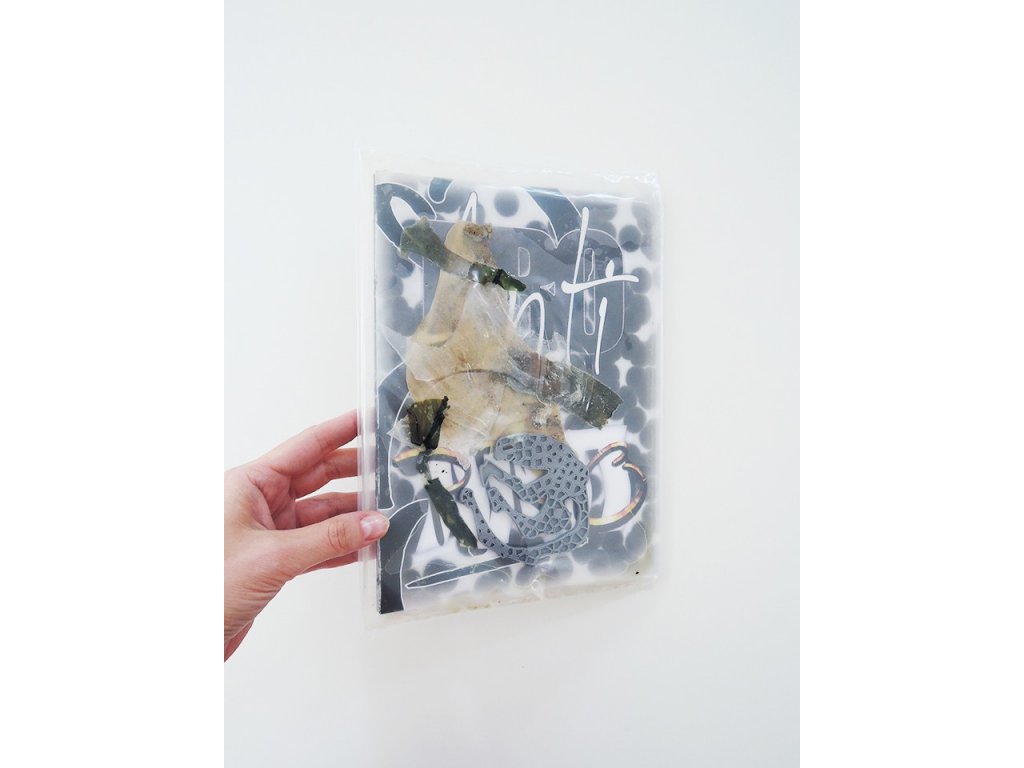 Antipro is the result of a cooperation between artist Anna Slama and graphic designer Norman Orro.

The book revolves around themes of utopian systems, post-anthropocene and post-human futures serving as a documentation of Anna’s installation works while Norman elaborates on the narrative via graphical and non-human means.

Visual content is intertwined with short texts and quotes from several representatives of the current discourse dealing with theory and critique of contemporary art and philosophy.

Authors involved in the formation of the publication are experimenting with boundaries between fiction, reality and perception of time where concepts like human beings, social relationships, hierarchy and society lose its meaning and are transformed into tangible and intangible materials and objects.

The publication also contains a cover filled with pieces of objects and 3Dprint of Anna Slama.

"There is no one who would understand the meaning of the text, emotions embedded in objects, psychological and social relations, abstractive values and subjective interests."