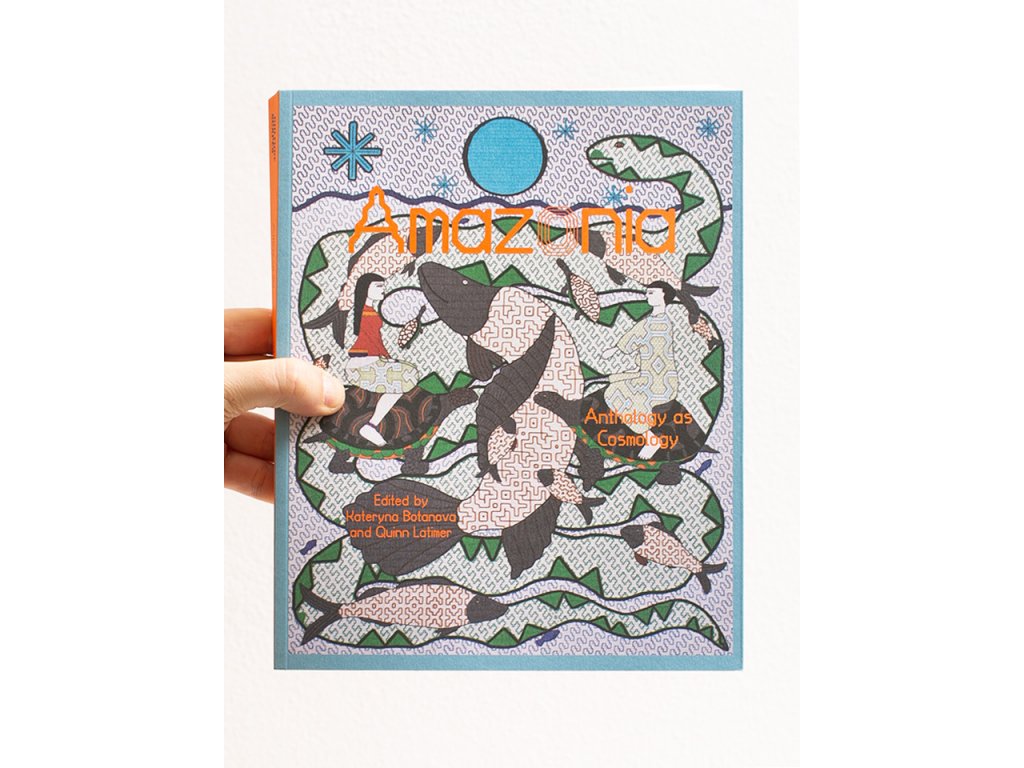 Amazonia: Anthology as Cosmology is devoted to Amazonia, its peoples, allies, and nonhuman spirits, and their myriad material and immaterial practices, from certain cosmopolitics and visual languages to past and present forms of resistance. In all their various lines (and circles) of ecological and epistemological thought, the artists, elders, writers, theorists, shamans, curators, poets, and activists whose ideas, images, and struggles compose this book, are concerned with Amazonia as both a place and a point of view. Through the weaving of voices, myths, ancestors, and territories, and all their radical subjectivities, we understand language in this anthology in an extended sense: as testimony, textile, painting, river, forest, animal, ancestor, song, spirit, and sacred medicine. Amazonia: Anthology as Cosmology inquires into decolonial feminisms and Indigenous temporalities, externalized memory and erasure, sacred plants in the shadow of pandemic corporate-state extractivism and systemic violence, the activist possibilities of the mythic imagination, and the common visual matrices of the Amazonian universe. The book also weighs the Western imaginary of the Amazon, both its colonial roots in racial capitalism and its corporate, technological, paternalistic present. Centered, however, is Amazonia itself, in all its many and numinous worlds and languages—visual, oral, botanical, ancestral, cosmological—by which it becomes narrated, passed on, and then narrated again.

Edited by Kateryna Botanova and Quinn Latimer, and designed by Gaile Pranckunaite, Amazonia: Anthology as Cosmology accompanies CULTURESCAPES 2021 Amazonia, the 16th edition of the Swiss multidisciplinary festival. With a focus on decolonization, socio-environmental relations, Indigenous thought and cultures, and global social responsibility, the Amazonia edition brings together, over the course of two months in late 2021, numerous artists, activists, and cultural actors from various parts of Amazonia—Brazil, Colombia, Peru, Bolivia, and Ecuador—whose work will be presented in more than forty cultural institutions in Switzerland. This edition marks the beginning of a new festival series focusing on world biomes: CULTURESCAPES Amazonia will be followed by the Sahara in 2023, the Himalayas in 2025, and the Oceans in 2027.