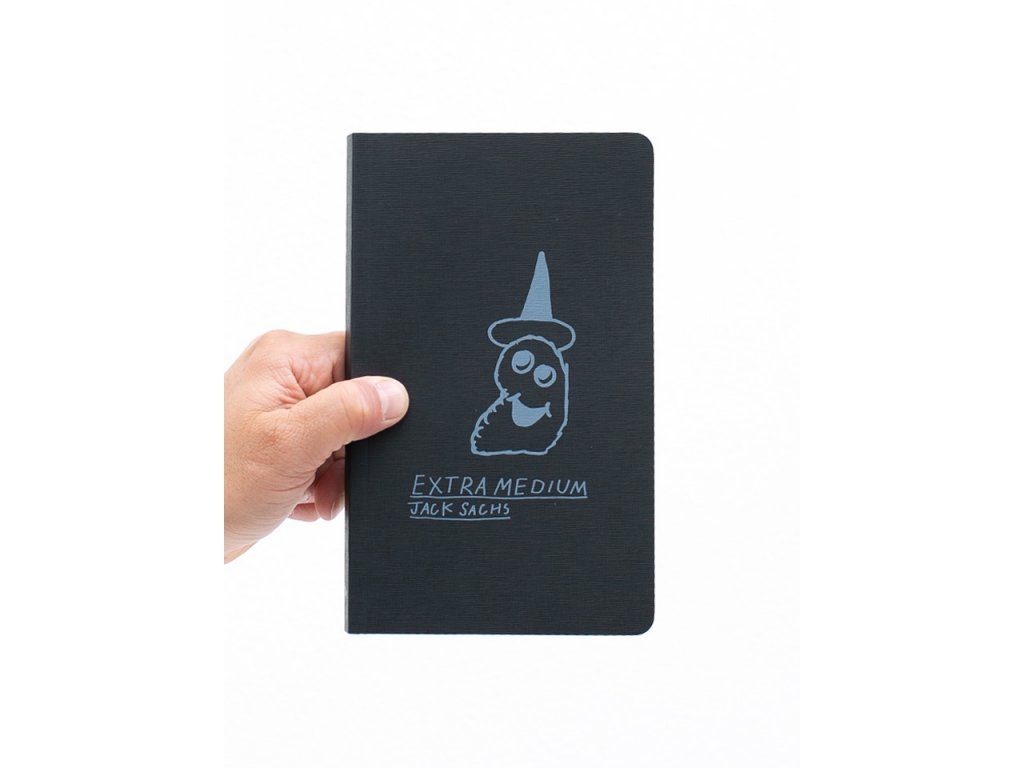 Years ago, Jack made a decision never to make drawings for money. Instead, 3D computer animation/illustration is how he makes a living.
Since then, the act of drawing in his sketchbook has come to mean a lot to him. This book is a way of sharing this.
All these drawings were made between 2020 – 2021 in the same sketchbook, which he uses to restock on ideas to fuel his uniquely pop-coloured, plasticine-like 3D illustrations.

After a chance meeting in Lisbon, we decided to translate that into the artist book that is now materialized.

Here we can glimpse the genesis of some of his most iconic works during this period, understanding how these drawings form a set of their own, with an autonomous visual grammar.

Jack Sachs is a freelance 3D animator / illustrator living in Berlin after studying in London. Having trained as a ‘traditional’ Pen and Paper type guy, he suffered a massive injury to his drawing hand before starting his final year at university. To confront this Jack began to learn to use 3D software to make his work while his hand healed. Jack now has two fully functioning hands and continues to make work across and around the two mediums.