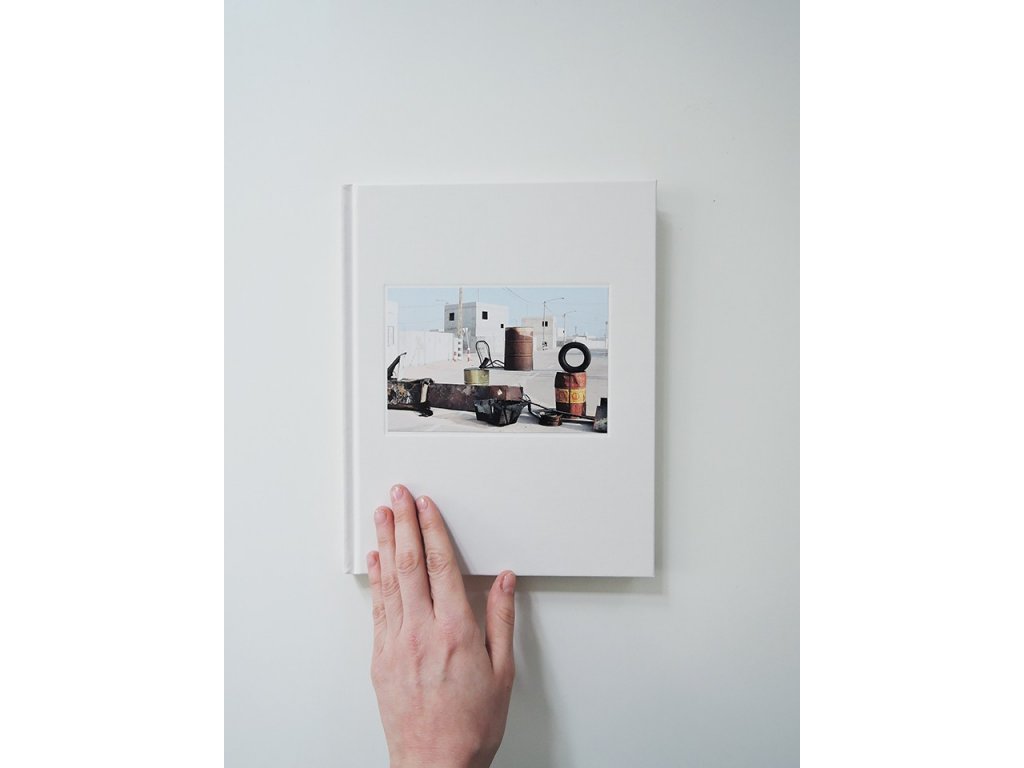 Between November 2009 and January 2011, Slovakian photographer Martin Kollar spent extended periods of time working and living in Israel, building a photographic dossier on one of the most contentious geographical zones of modern history.

Kollar’s past, a childhood spent behind the Iron Curtain, echoed unexpectedly during his time in Israel. The delineated territories of today’s Israel mirror the partition walls of Communist Czechoslovakia during ‘normalisation’. Random police searches and detentions piqued Kollar’s sense of constantly being under surveillance and the subject of suspicion.

Field Trip establishes an opaque representation of the life and landscape of Israel. Military presence looms heavily and the images are punctuated with anxiety. Butchered animals combine with uncertain portraits of Israeli residents and leave the viewer unclear where the military landscape ends and the civilian land begins.

The work in Field Trip is just that – the result of a trip, an investigative and inquisitive one, tinged with paranoia, the result being a beautiful, stark, often humorous and complex photographic diary of a well-trodden land. This traumatic album epitomizes frontline photography.

Martin Kollar was born in Zilina, Czechoslovakia (now Slovak Republic). He studied at the Academy of Performing Arts Bratislava and has been working as a freelance photographer and cinematographer since he graduated. He has received several grants and awards, including the Fuji Film Euro Press Photo Award and the Backlight Photography Award in Finland. His work has been exhibited across the world, including Maison Europeen de la Photography Paris, France, Rencontres d’ Arles in France, MOCA Shanghai China, Guandong Museum of Art in China and Month of Photography in Krakow. He has published two photography books, Nothing Special(2008) and Cahier (2011).