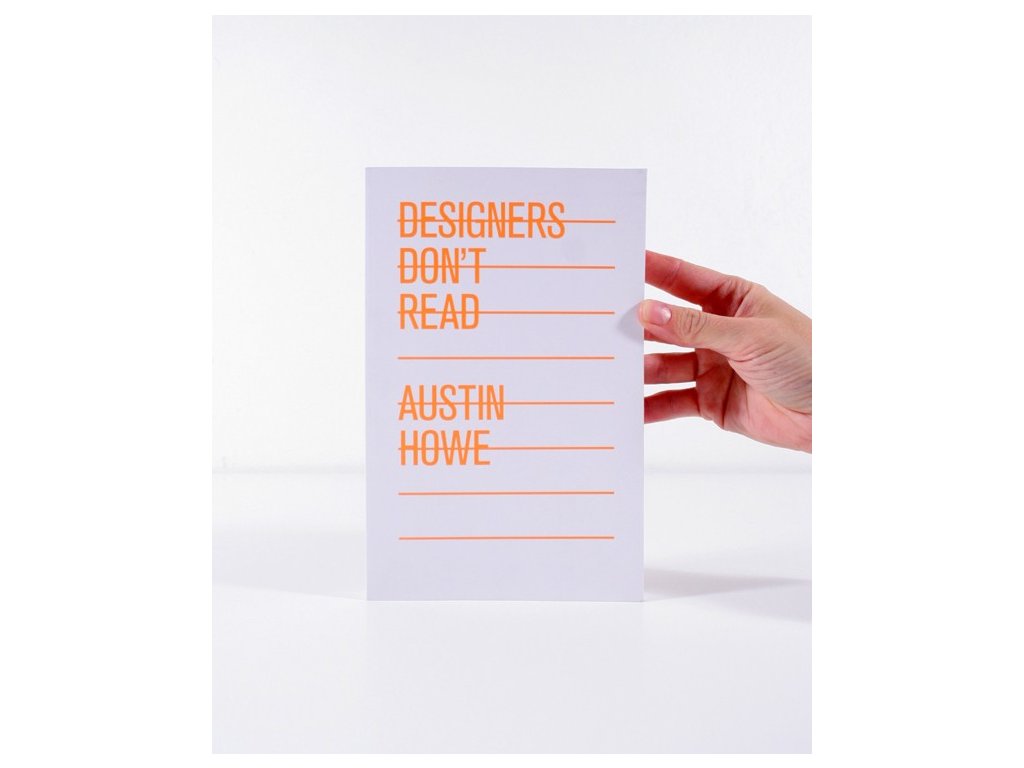 Designers Don’t Read is a love song to graphic design and graphic designers. Austin Howe is a creative director, writer, advocate, and cheerleader for design-but not a designer. He believes “in the wonder and exuberance of someone who gets paid-by clients to do what he loves.” Howe places immense value on curiosity and passion to help designers develop a point of view, a strong voice. He explores the creative process and conceptualization, and delves into what to do when inspiration is lacking. If there’s a villain in these elegant, incisive, amusing, and inspiring essays, it’s ad agencies and marketing directors, but even villains serve a purpose and illustrate the strength of graphic design “as a system, as a way of thinking, as almost a life style.” Howe believes that advertising and design must merge, but merge with design in the leadership role. He says that designers should create for clients and not in the hope of winning awards. He believes designers should swear “a 10-year commitment to make everything we do for every client a gift.” If this sounds like the designer is the client’s factotum, not so. Howe also argues in favor of offering clients a single solution and being willing to defend a great design. Organized not only by topic, but also by how long it will take the average reader to complete each chapter, Designers Don’t Read is intended to function like a “daily devotional” for designers and busy professionals involved in branded communications at all levels. Begun as a series of weekly essays sent every Monday morning to top graphic designers, Designers Don’t Read quickly developed a passionate and widespread following. With the approximate time each chapter might take to read, Designers Don’t Read’s delight and provocation can be fit into the niches in the life of a time-challenged designer. Or it may be hard to resist reading the entire book in one sitting!