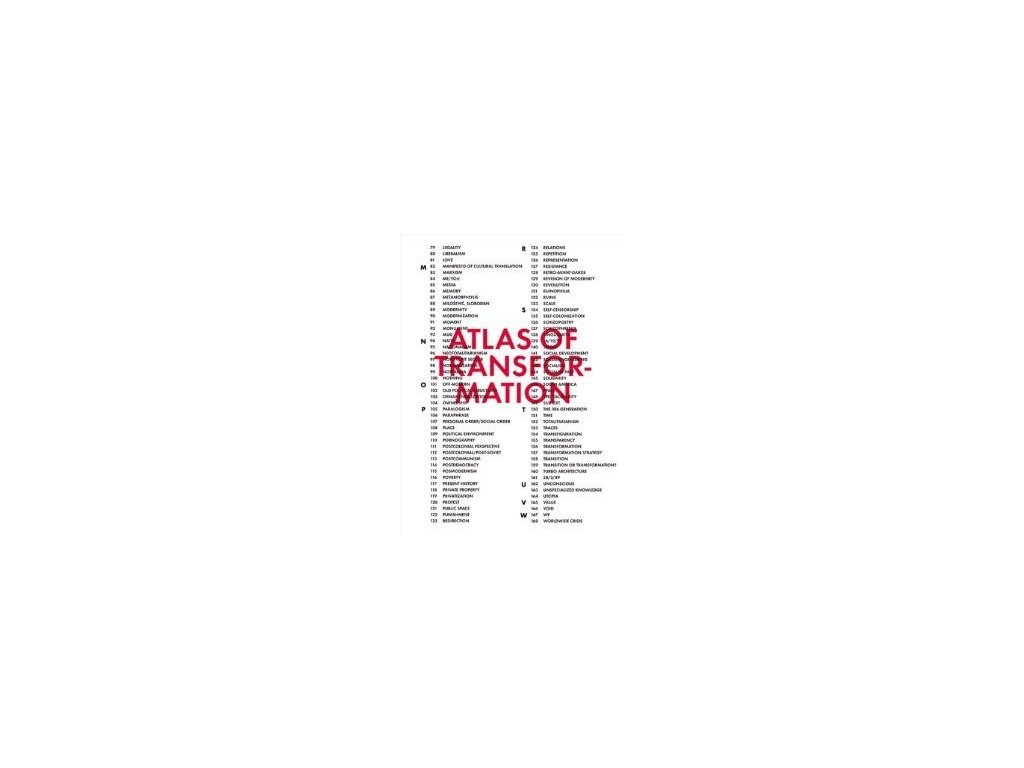 Awarded in the competition "The most beautiful Swiss books 2010." What happens to a country when it undergoes change on a revolutionary scale? And how does one grasp such monumental transformation? In over 200 entries, the Atlas of Transformation offers a massive glossary of key terms for the effects and consequences of social political change, based on the transformations seen over the past two decades in Eastern Europe. These terms are explicated in extended essayistic entries, and describe themes obviously associated with large-scale change, such as adaptation, collectivity, demolition, ecology, immigration, ownership and privatization--but also explore somewhat more oblique themes such as iconoclasm, pornography, punishment and schizophrenia. Including relevant historical texts alongside new writing, among the authors contributing to the Atlas are Timothy Garton Ash, Hakim Bey, Homi K. Bhabha, Deleuze and Guattari, Boris Groys, Karl Holmqvist, Frederic Jameson, Franz Kafka and Slavoj Zizek.

Seventh volume of the "Tranzit" series edited by Vit Havranek and focusing on Central and Eastern European artists.