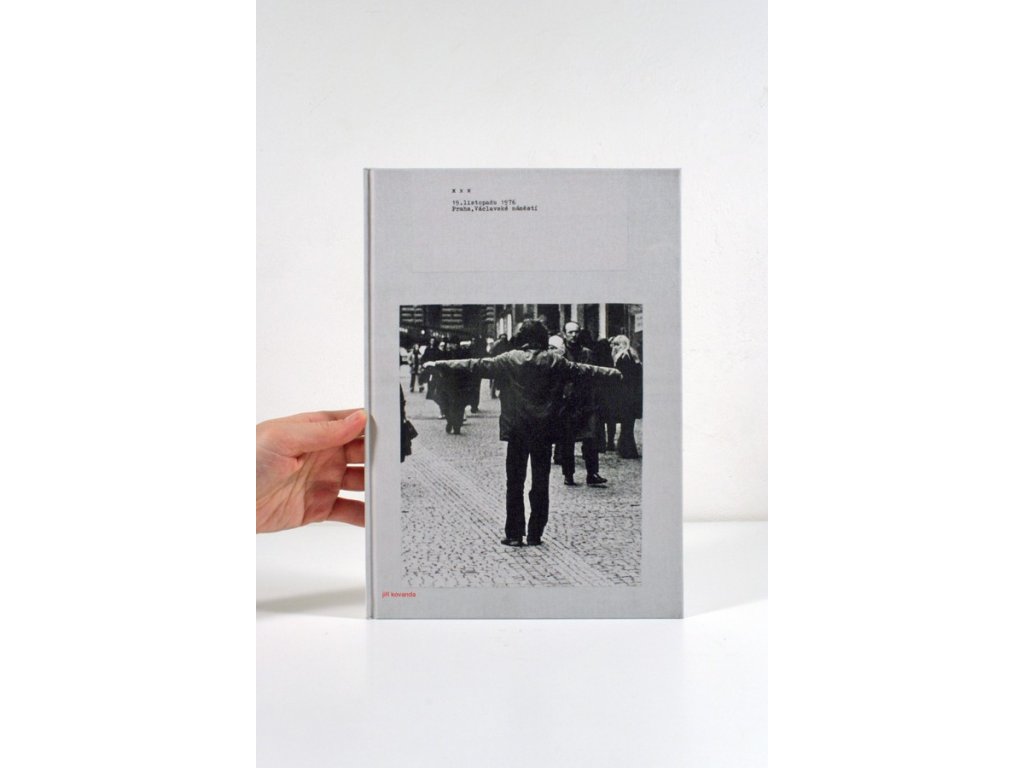 This book is the first complete edition of the actions, installations and interventions (1976–2005) of Jiří Kovanda. The design of the book replicates the A4 pages, with photographs and typewritten texts attached, which the artist used in the 1970s and 1980s as his exhibition documentation.

Kovanda’s ephemeral activities in the 1970s and 1980s focused on the discovery of new types of relationships, which the artist adopted with his friends as well as with anonymous passers-by in the streets. Kovanda’s interventions and installations from the 1980s constitute ironic reactions to American minimalism. The artist ‘installed’ them in peripheral locations of the public space, during the period of so-called real socialism. The book treats Kovanda’s performance-intervention work up to 2005.

Along with the complete documentation, there is an attempt to situate, in a discursive manner, Kovanda’s work in the history of conceptualism. The book includes three interviews: Hans Ulrich Obrist’s interview with Jiří Kovanda; the Czech theorist and art historian Jiří Ševčík’s interview with the editor-in-chief of the magazine Springerin Georg Schöllhammer; and Vít Havránek’s epistolary interviews with Pawel Polit and Igor Zabel.