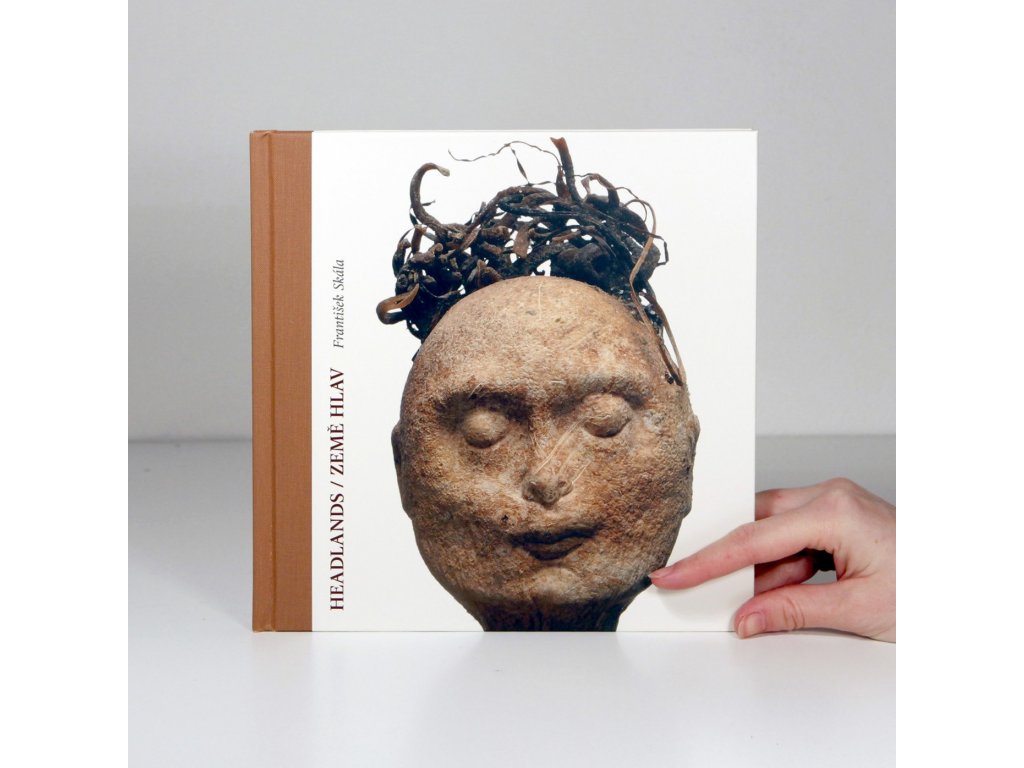 As a recipient of the Jindřich Chalupecký Award, František Skála was lucky to get the opportunity to go to The Headlands, an idyllic residential area near San Francisco, and there for the first time in his life he saw kelp on the beach. Kelp is something between an animal and a plant. It grows up from the sea bed, into which its roots are set, and its perfectly circular hollow tube expands in an upward direction. It can be as long as eighty metres and terminates in a kind of head. In his fascination with kelp Skála learned to create heads as dictated to him by the kelp itself. He was the first to come up with this idea. He applies a form of craftsmanship that lies on the borders between a spiritual activity and plastic surgery. This is a technique unlike any other used in sculpture, as the image emerges from within. The head’s expression is constantly changing. The process is like that of exposing photographs of one’s ancestors. It could be compared to the organic creation of natural forms, growth processes in which an important role is played by time.

"When they dry, kelps lose their transparency, and the faces are at their most beautiful when they are still somewhat fresh, when their skin is supple. At those moments I’m usually with them alone. This tends to be late at night, when I speak to them and they respond with a subtle movement."