Architecture and Czech Politics from the 19th to the 21st Centuries 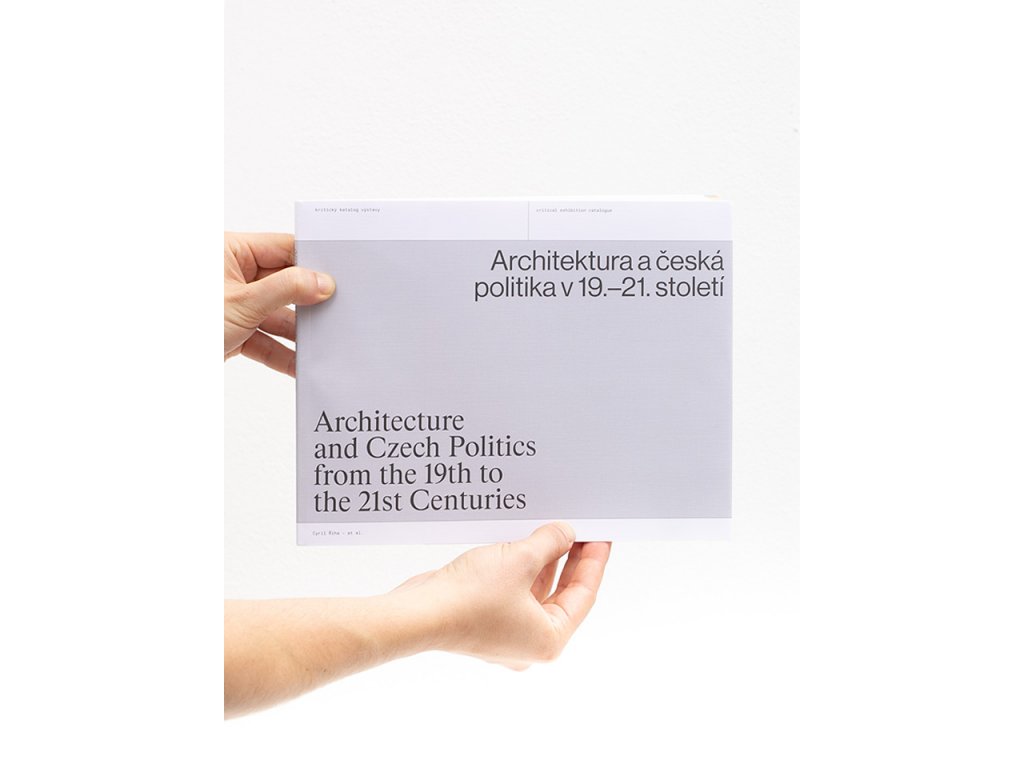 The publication forms the final element in the five-year-long research project of the same name realised by the Academy of Arts, Architecture and Design in Prague, involving instructors, graduates, and PhD candidates from the academy’s Department of Theory and History of Art. This research has considered architecture and politics in their mutual and bilateral relations, regarding architecture not merely as a passive medium for national and state representation, but itself as an active component helping to shape the social and political spheres. The present-day Czech Republic is a small state of 10 million inhabitants, clearly geographically outlined – particularly in its western section – by the space of the Bohemian Basin surrounded by a border of mountains. It would appear that now it is politically anchored quite clearly within Central Europe. Yet the recent history of the land is far more complicated. Over the past 150 years, Czech political life has been shaped against a backdrop of several highly different state formations. And it has undergone many far-reaching shifts that have changed its spatial framework and state institutions. Through the entire long 19th century up until 1918, the Czech lands were part of the Austrian Empire, later the Austro-Hungarian Monarchy. After the end of World War I, they joined Slovakia and the territory of Subcarpathian Ruthenia, now in Ukraine, to create the independent state of Czechoslovakia, known as the First Republic. During World War II, the territory was part of the truncated fragment of the Protectorate of Bohemian and Moravia, de facto an annexed territory of the German Third Reich. After 1945, the Czechoslovak Republic was revived, but after the Communist coup of 1948 it remained for many decades enclosed in the “East Bloc” of nations under the sway of the USSR. The year of 1968 saw the culmination of a brief ideological thaw, yet ended by the violent invasion of Soviet troops. At the same time, it saw the definitive end of the idea of a unified “Czechoslovak” nation and a change in state organisation toward a federation of the Czech and the Slovak socialist republics. After the Velvet Revolution of 1989, democratic conditions returned, yet not long after in 1993, the state dissolved into two separate entities, the Czech Republic and Slovakia. By 2004, the two successor states were again integrated into a larger whole – the European Union. As such, any historical continuity in Czech politics from the 19th to the 21st century is broken up into several relatively self-enclosed periods, from which we have selected the four main ones that lasted the longest. These sections shaped the entire research project, which tried to observe what relation architecture had towards the political sphere. In all periods, we tried to investigate how architecture, urban planning, and the built environment in general expressed each different political arrangement of the separate ages. Each of the four sections is summarised by an introductory motto – an emblematic historic quotation – that encapsulates the main political mentality of the given era. The long 19th century is primarily the age of Czech national emancipation (The Strength and Future of the Nation Is National Identity), the interwar period the age of building an independent state (A Spirit at Work), the 1945–1989 years as the age of idealism and visions of radiant futures (The Future Is Hidden in the Present) and finally the epoch after 1989 as the time for the renewal of democracy (The Rule over Your Affairs Once Lost Will Return to You). The main focus of the exhibition, though, is on the examples of realisations or projects of “political architecture”, which represents these ideas (more or less) consciously, or even from its own efforts manages to shape them.